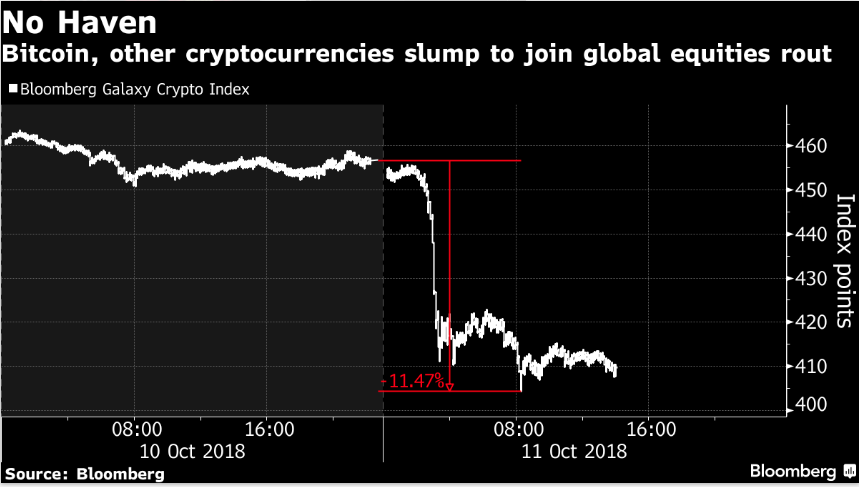 Yesterday the course of the first cryptocurrency has experienced two waves of the fall, in which BTC has fallen for a day almost 11%. As of 8:00 GMT Thursday Bicon was trading around $4 124 (according Bitfinex), this morning at the same time, bitcoin was trading at $3 691. By the time of writing, the rate rebounded slightly to $3 727.

So during the day, BTC fell by 10.5%. Along with BTC in the red zone traded the vast majority of altcoins out the TOP 100, when it is in the TOP 10 bitcoin demonstrates the greatest stabilnist — other cryptocurrencies become cheaper by 15% or more.

Analysts have not yet come to a common opinion about the reasons for the fall of the market. So, analyst, Mati Greenspan believes that the fall of the cryptocurrency no “neither technical nor fundamental” reasons. According to him, the negative trend could be a result of rollback after the jump, which took place on 6 January. Then, bitcoins per day gained 5.71 percent for the first time since 25 December 2018, exceeded $4000.

Bitcoin has risen to $4 300. Optimistic start to the week