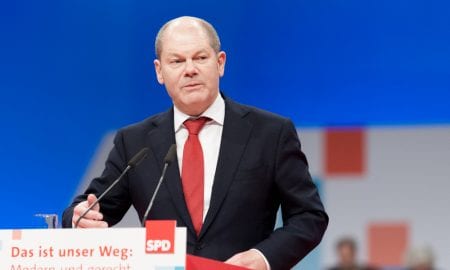 Scholz during a conference in Berlin said that the Libra cryptocurrency planned for Facebook will be rejected, moreover, it’s not just about rejection, it’s a total ban on any possible alternative to fiat currencies.

“We cannot accept alternative currencies. You must definitely ban it, ”he said.

According to Reuters, German regulators are working closely with their European and international counterparts to ensure that stablecoins do not become an alternative to traditional currencies. One of the documents that got to the editorial office of an international news agency said:

The German government has previously spoken out against the Libra project. On September 13, German parliamentarian Thomas Heilmann announced that the government would block the possibility of projects like Libra. According to him, the authorities do not plan to allow any private stablecoins.

However, Facebook leaves no attempt to convince the authorities of the safety of its project. Recently, Calibra CEO David Marcus tried to dispel rumors about Libra’s alleged threat to the global financial system.

DPRK may develop its own cryptocurrency

The head of Sberbank: the Hype has passed, the blockchain has reached the stage of industrial development