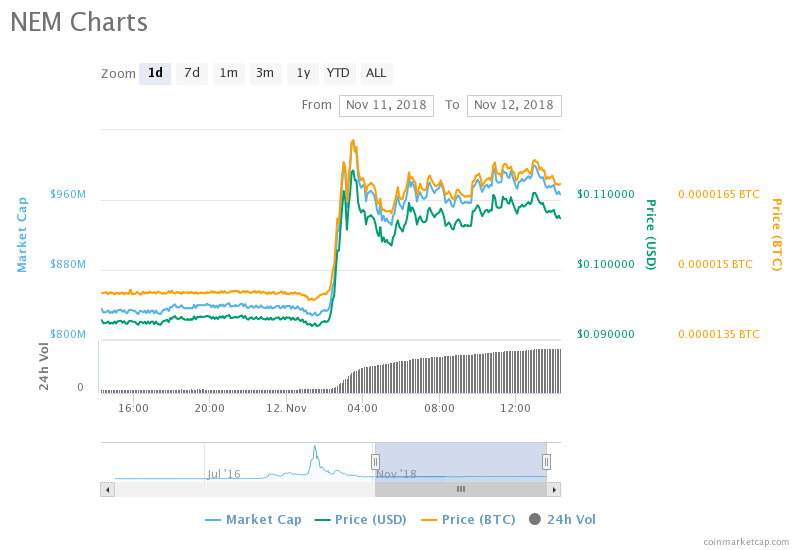 Rate NEM (XEM) have soared in price after the statement of the Japanese cryptocurrency exchange Coincheck about the resumption of trading asset on its platform. Trade NEM on Coincheck has been suspended after the incident in January, a hacker attack, which resulted in the stolen $530 million in the cryptocurrency.

At the time of writing, the course XEM is $0.11 and the capitalization — $1 billion Over the last 24 hours, the cryptocurrency has risen by 24%. However, current performance is very far from the maximum reached in the winter of course in the neighborhood of $1.5. NEM is a 15-th place in the list of largest cryptocurrency.

New Economy Movement (NEM) is an innovative blockchain-a platform. putting in the forefront “proof of importance” Proof of Importance. The system “rewards not only those who have large balances on accounts, but also takes into account the number of transactions with other members of the network and with whom transactions are carried out”.

Recently NEM has concluded a number of strategic partnership agreements, including with OATH Protocol and Portal network. It was also released a product with the PUBLISH, a decentralized news aggregator.