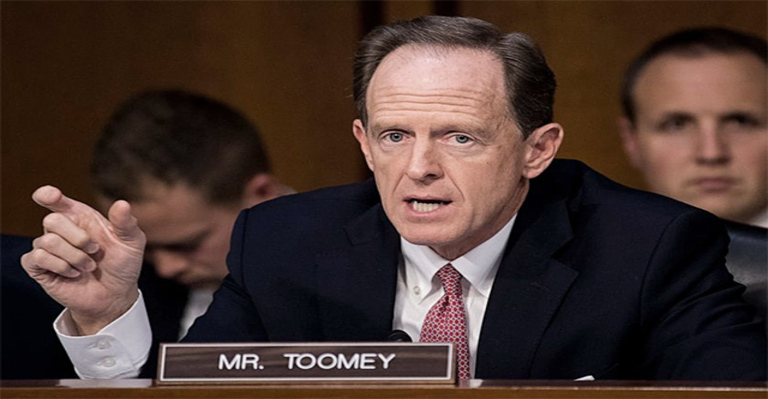 According to Reuters’ report from Thursday, United States Senator Pat Toomey is seeking explanations on the revocation of a master account for the FinTech Reserve Trust by the Federal Reserve Bank of Kansas City.

Following his claims that the Federal Reserve Bank of Kansas City canceled a coveted master account that had previously been awarded to a financial technology company known as Reserve Trust, Republican senator Pat Toomey is now seeking explanations from the institution.

Toomey, a Republican from Pennsylvania, said in a letter to Esther George, the president of the Kansas City Federal Reserve, that he discovered the account had been canceled by some method that was not described.

According to the article, Toomey said that this raises doubts about the procedure used by the Fed in order to approve master accounts. There have been inquiries from FinTech and cryptocurrency companies looking to get access to these services, which are typically restricted to conventional banking institutions.

According to recent reports, the Federal Reserve is considering revising the application procedure. In March, it said that it was considering implementing a tiered review procedure, in which federally insured institutions would be subject to a lower level of scrutiny compared to uninsured corporations and companies that are not governed by the supervision of bank regulators.

The application for a master account submitted by Reserve Trust in 2017 was first denied by the Kansas City Fed; however, the Fed reversed its decision in 2018 and approved the company’s request, citing the fact that the company has modified its business model.

According to Toomey’s reporting, the decision was shrouded in controversy due to the fact that former Federal Reserve Governor Sarah Bloom Raskin, who served on the board of Reserve Trust, allegedly made a personal phone call to George in 2017 to discuss the company’s application.

According to what Toomey said, this new information exacerbates the major issues that have previously been raised about the fairness, openness, and consistency of the approach that the Federal Reserve System takes to master account applications.

He wanted information from the Kansas City Federal Reserve on its communications with Reserve Trust, as well as any papers that support the decisions that were made regarding the institution being granted an account.