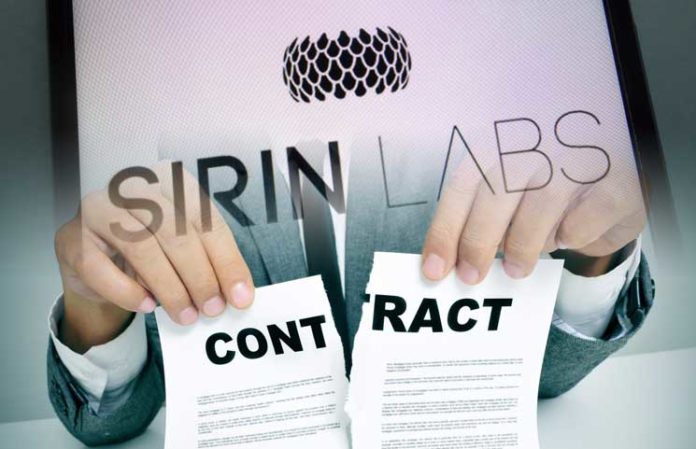 Turning to the local source of financial news Globes, the company said that it fired 15 of its 60 employees – less than expected in the media.

Layoffs occur amid a disappointing consumer reaction to the blockchain-telephone phone recently released by the company. “Such sales are not what we expected,” Sirin told Globes.

The device is equipped with a cold (autonomous) crypto-wallet, which is actually the second device in the same package as the phone. The company announced in November that the wallet also has a separate processor, and users will interact with it on the second LCD screen for security.

In a report, Globes Sirin Labs also denied media reports that in recent months it has not paid its employees. Workers have just received a salary for March and will receive payment on Tuesday for April.

Problems in the firm managed by ambiguous entrepreneur Moshe Hogeg are connected with the appearance on the market of a number of blockchain phones and crypto-focusing.

HTC released EXODUS 1 at the end of last year. Initially available for purchase only via cryptocurrency, the phone was presented to buyers in February.

Samsung also switched to using the attractive features of the blockchain in its latest flagship phone, the Galaxy S10. Available from the beginning of March, the phone is equipped with a crypto-wallet, and an application for digital signature.

In January, Sirin’s Chinese investor Moshe Hogeg and another company he founded, Stox’s blockchain market forecasting platform, were reportedly sued $ 4.6 million for misappropriating part of the crypto millions invested in the company.

According to Globes, the platform ceased operations in Israel at the end of last year and dismissed all employees.

Over the past few months, a number of blockchain startups have sacked employees, and most of them cited the influence of the bear market on the ownership and income of companies as a reason.

Most recently, the Indian stock exchange Unocoin lowered the level of its employees to 14 from more than 100 at the beginning of last year. According to The Economic Times, the company unsuccessfully tried to attract additional funding and, as a result, was forced to cut costs.

French Finance Minister: blockchain is a priority for the government