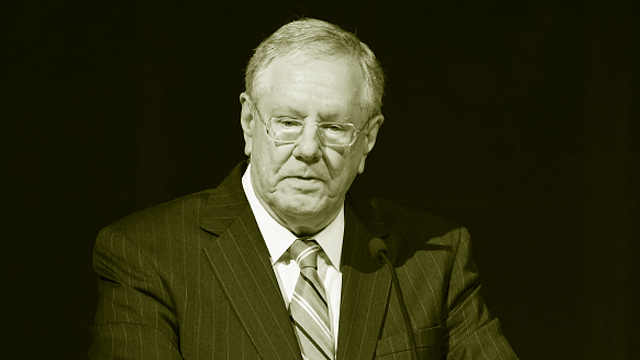 Malcolm Stevenson Forbes, an American publisher, businessman, politician and editor-in-chief of the Forbes business weekly, wrote an open letter to Mark Zuckerberg and advised how to make Libra "an extremely valuable tool on the road to prosperity."

Further text of the letter:

Your company hit the headlines when it announced that in 2020 it will launch a cryptocurrency called Libra. It is not surprising that in our time this project has faced harsh criticism and skepticism. Do not give up. In a sense, the idea of a company that creates its own currency is not new. The bonus miles that airlines give customers are, in essence, the type of currency that buyers can earn and use to purchase tickets and many other things. Payment operators, hotels, and many retailers have all sorts of loyalty programs in which people earn points and buy a wide variety of goods.

But if you play your card correctly with Libra, you can become Henry Ford of the world of finance. Your new currency could be on a par with the invention of coins and paper money many centuries ago. It could replace the US dollar as a world currency.

In one key area, you have already surpassed almost all other cryptocurrencies for many light years: you realize the fundamental importance of a currency with a stable value. Money measures value in the same way that scales measure weight, and watches measure time. Most cryptocurrencies – whose value changes minute by minute – are great for speculation, but useless as real money. No one in their right mind will make a contract for more than 24 hours in Bitcoins. Cryptocurrency today is enough to buy a steak, and tomorrow only for dog food. But if you are able to invent a truly stable cryptocurrency, which in fact can be used for everyday transactions, long-term contracts and investments, you will win.

In order for Libra to truly become one of the greatest inventions in history, there are several important things to consider. May it be as reliable as gold. It is not enough to back up your new money – as you planned – with a basket of currencies. In today's monetary system, currency rates jump back and forth, so you will not achieve the stability you need.

The countries that became world powers – Holland, and behind it Britain (Isaac Newton, being the director of the Royal Mint, tied the pound rate to gold with a ratio that lasted more than two hundred years), and then the USA (thanks to Alexander Hamilton) – they all provided their currencies with gold.

For a variety of reasons, gold retains its natural value better than anything else. It resembles a ruler and does not limit the money supply, just as 12 inches per foot does not limit the size of the building you want to build. This means that Libra will have what all modern currencies are deprived of: fixed value. And this stability will gradually turn it into the most demanded medium of exchange in the world. People crave secure money.

Your advisers, like most modern economists, will vehemently oppose the yellow metal, because they are burdened by ignorance and countless myths and prejudices. This general disbelief will actually become an advantage, because it will scare away imitators with good financial opportunities.

To get an accurate idea of how the gold standard was applied before, read any book by the historian / economist Nathan Lewis. You can also look through the Money book, which I co-authored, or watch the In Money We Trust documentary? ("Do we believe in money?"), Which I recently helped prepare for television.

Libra will become an extraordinarily valuable tool on the path to prosperity, because it is convenient for long-term investments. If we do not force capital to work, we stagnate. That is why you should ignore the pleas to delay the development of Libra. If each breakthrough depended on permission from above, we would still travel on horseback. You need the number of Libra users to reach a critical mass as quickly as possible – as is the case with Uber and Lyft passengers, which will prevent politicians from strangling your invention in the bud.

And by the way, maybe you should rename Libra. Libra was a measure of weight in the Roman Empire, and we know how it all ended. Do not hesitate to call her "Mark." Germany abandoned its mark – which it used since its inception after the Second World War – for the sake of the euro 20 years ago, so the name is free.

The gold-stamped brand will revolutionize the history of money. It will overshadow Bitcoin and will easily collect “likes” of billions of companies and people from now and forever.