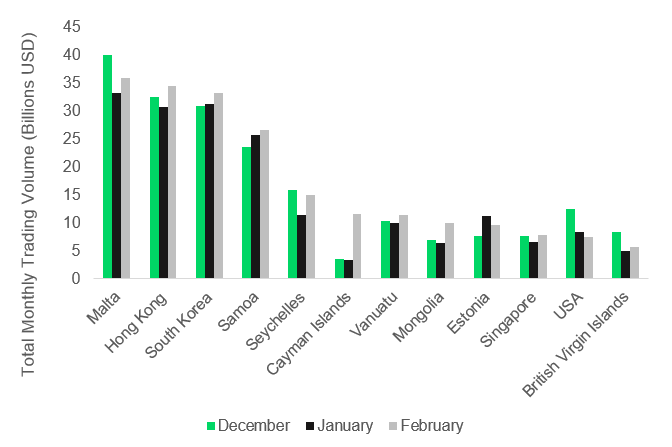 We already wrote that since February 28, contracts for the Gram cryptocurrency have appeared on the XENA exchange. Initially, the tool was available only to a limited circle of users of the platform, but since March 12 it has become available to all customers of the site. During this time, the cost of the derivative to the Gram token has increased from $ 2.2 to $ 8.25, or almost 4 times.

Derivatives on the token Gram reflects the market expected value from launching the token to free sale. Last October, HASH Crypto Investment Bank predicted a $ 5.9 Gram price at the end of 2019. According to the founder of the Xena exchange, Anton Kravchenko, a derivative to Gram was launched to show the market the possibilities of the site, and the holders of the token could hedge risks before the release of Durov's cryptocurrency in the open market. Now the trading volume is estimated at $ 100,000 per day. Durov himself has not yet commented publicly launching a derivative.

The tool works in the following way: when opening a position to buy a derivative, the buyer fixes the price for a certain period, hoping that in the future the Gram / USDt ratio will increase. While Gram is not traded, the price is tied to the value of the derivative itself.

Kravchenko explained the rising cost of the tool by a large number of buyers at the site: “Many of those who wanted to enter Gram in the closed round could not do it. Now they have the opportunity to participate in this market. ”

The exchange has introduced tools to protect against sharp changes in the exchange rate: one trade strap does not allow placing orders with a strong deviation of the course, the other closes trading when certain price levels pass.

Sale of derivatives on the token is not provided by sellers, currency owners. In fact, the participant selling the instrument predicts a fall in the Gram / USDt ratio in the future, while the buyer, on the contrary, will bet on the rise in the price of the derivative. In the future, as soon as Gram starts to bargain openly, Xena promises to tie the price of the derivative to the market. If this does not happen during the year, the exchange promises to close all contracts for $ 5.9.