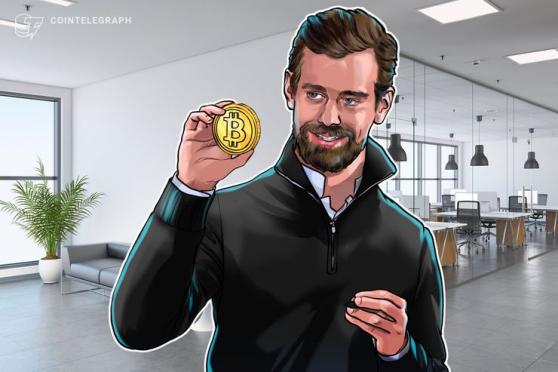 Twitter and Square CEO Jack Dorsey alluded to spending $ 10,000 a week on Bitcoin (BTC) in the Tales from a Crypt podcast on March 4th.

In the podcast, Dorsey talked about how he came to experiments with Bitcoins, and what parallels he sees between Bitcoins and Twitter. Speaking of “Stacking Sat Saturday” is a trend when users buy $ 25 at BTC every week to show the growing prevalence of cryptocurrency, Dorsey said that “[he] saw that Stacking Sat Saturday goes on Twitter […] I would participate but I have already exceeded my CashApp limit. I can't buy anymore. ”

Although Dorsey did not specify the exact amount, the maximum weekly limit for Bitcoin purchases at Square's CashApp, a mobile payment company, is $ 10,000. He also noted that he could join Stacking Sat Saturday next week, as the limits supposedly alternate every week.

Dorsey’s comments on the podcast confirmed the previous statement he made in mid-May last year when he said that virtual currencies are the future legal means of global payments.

In February, Dorsey announced that the only cryptocurrency he holds is Bitcoin. When asked about the features of the BTC that Dorsey was most concerned about, the BTC-bull again pointed to the potential of cryptocurrency to become a global currency.

Recently, Yevgeny Kaspersky, CEO of the cybersecurity giant Kaspersky, said that he believes that in the future – “perhaps in 100 years” – the world will be united under a single government, which in turn will have one digital currency. Kaspersky, however, previously claimed that "cryptocurrency is a great idea, but the world is not ready for it yet."

Changphen Zhao: Binance will not pay dividends to holders of BNB