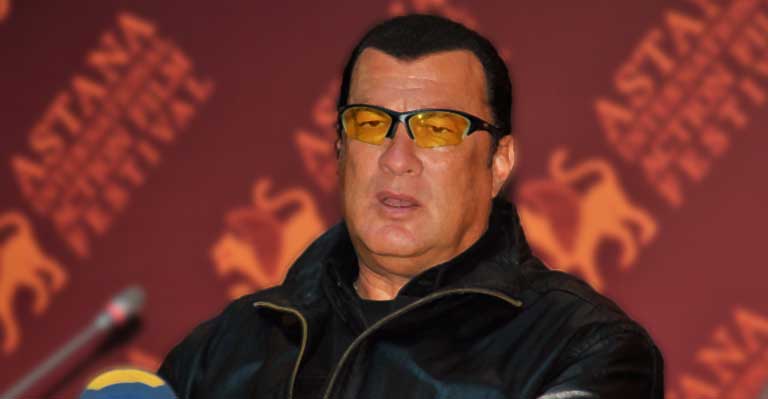 The US Securities and Exchange Commission (SEC) has settled charges against American actor Steven Seagal for unlawfully touting an Initial Coin Offering (ICO) conducted by Bitcoiin2Gen in 2018.

The SEC made the announcement in a press release published on February 27. According to the commission, Steven Seagal failed to disclose payments he received for promoting an investment in an initial coin offering (ICO) conducted by Bitcoiin2Gen (B2G).

The company sold B2G tokens, based on Ethereum Blockchain, from approximately February 12, 2018 through March 26, 2018. B2G offered and sold tokens that were investment contracts and therefore securities pursuant to Section 2(a)(1) of the Securities Act of 1933.

The details reveals that he was promised $250,000 in cash and $750,000 worth of B2G tokens in exchange for his promotion. The promotion content include post on his social media channels encouraging followers not to miss out Bitcoiin2Gen token sale and also a blog post on Bitcoiin2Gen website titled “ZEN MASTER STEVEN SEAGAL HAS BECOME THE BRAND AMBASSADOR OF BITCOIIN2GEN” published on February 12, 2018.

According to a SEC order file against 67 year old movie star, currently residing in Moscow, Russia, during the promotion period, Seagal had approximately 107,000 Twitter followers and 6.7 million Facebook followers.

According to the SEC press release, “These promotions came six months after the SEC’s 2017 DAO Report warning that coins sold in ICOs may be securities.” In November 2017, the SEC also issued a public statement regarding celebrity-backed ICO that reads:

“Celebrities and others are using social media networks to encourage the public to purchase stocks and other investments.  These endorsements may be unlawful if they do not disclose the nature, source, and amount of any compensation paid, directly or indirectly, by the company in exchange for the endorsement.”

The Hollywood action star did not disclose the information regarding his promotion for Bitcoiin2Gen ICO. Kristina Littman, Chief of the SEC Enforcement Division’s Cyber Unit, said:

“These investors were entitled to know about payments Seagal received or was promised to endorse this investment so they could decide whether he may be biased. Celebrities are not allowed to use their social media influence to tout securities without appropriately disclosing their compensation.”

According to SEC order, Seagal violated the anti-touting provisions of the federal securities law. He has agreed to pay $330,000 without denying or admitting the allegation. The charges include $157,000 in disgorgement, $157,000 in penalty plus $16,000 of prejudgement interest.