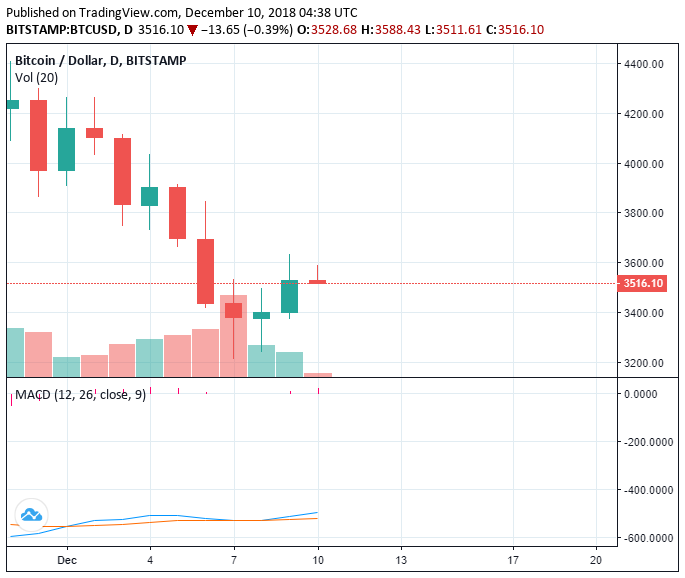 On December 8, the rate of BTC went from $3200 to $3600 approximately 12%. At the same time, the cryptocurrency market have added $11 billion to its market capitalization, avoiding descent below $100 billion.

Aldonas also managed to bounce from the lows reached. However, investors remain cautious at least until then, until broken through a key resistance line.

Compared to Ethereum and Bitcoin Cash, bitcoin is quite worthy of holding its value in a collapse of the cryptocurrency market took place in several stages over the past two months. During this time the ETH and BCH dipped in price by 93% and 95%, respectively, for bitcoin it will be to lose another 72% that his fall was equivalent.

According to technical analysis DonAlt, bitcoin will remain in the range of $3300-$3600 for as long as is not broken the resistance of $3700. While the key resistance levels remain intact it is impossible to talk about fixing the bottom, which is why the investors have to maintain extreme caution.

However, even more often there are announcements of major projects from the Nasdaq, Bakkt, NYSE and other giants of the financial market. For the second quarter of 2019 is planned to launch several projects, and this period will be the beginning of a recovery of the cryptocurrency sphere.