The crypto market is a fairly new concept in the global economic structure. However, the amount of fellowship it has received in just over a decade is commendable. It is something that has attracted the investing and trading sector from all over the world. Many sectors and industries are trying to inculcate the new concept in their ecosystems. Many countries are also exploring more opportunities provided by the growing trend of crypto.

Even though the crypto market has issued revolutionary features, it still carries a significant amount of risks to it. The market volatility of crypto does not only offer a chance to attain hefty profits but it also endangers the investment of the individuals. The value of a crypto token can drop suddenly, leaving users with only a portion of their investments.

Mainstream cryptocurrencies, like Bitcoin and Ethereum have high values and have a strong reputation in the market sphere. But there are other currencies as well that have had a strong influence over the market. One amongst them is the popular meme-based cryptocurrency, Dogecoin. It was started as a joke back in 2013. Everyone treated it as a joke but over the years it grew, and earned the support of the likes of Elon Musk which drove its value to a peak of over $0.68 in May this year. Many experts predicted that it might touch the crucial $1 mark but it was pulled back, and is currently traded at around $0.18. 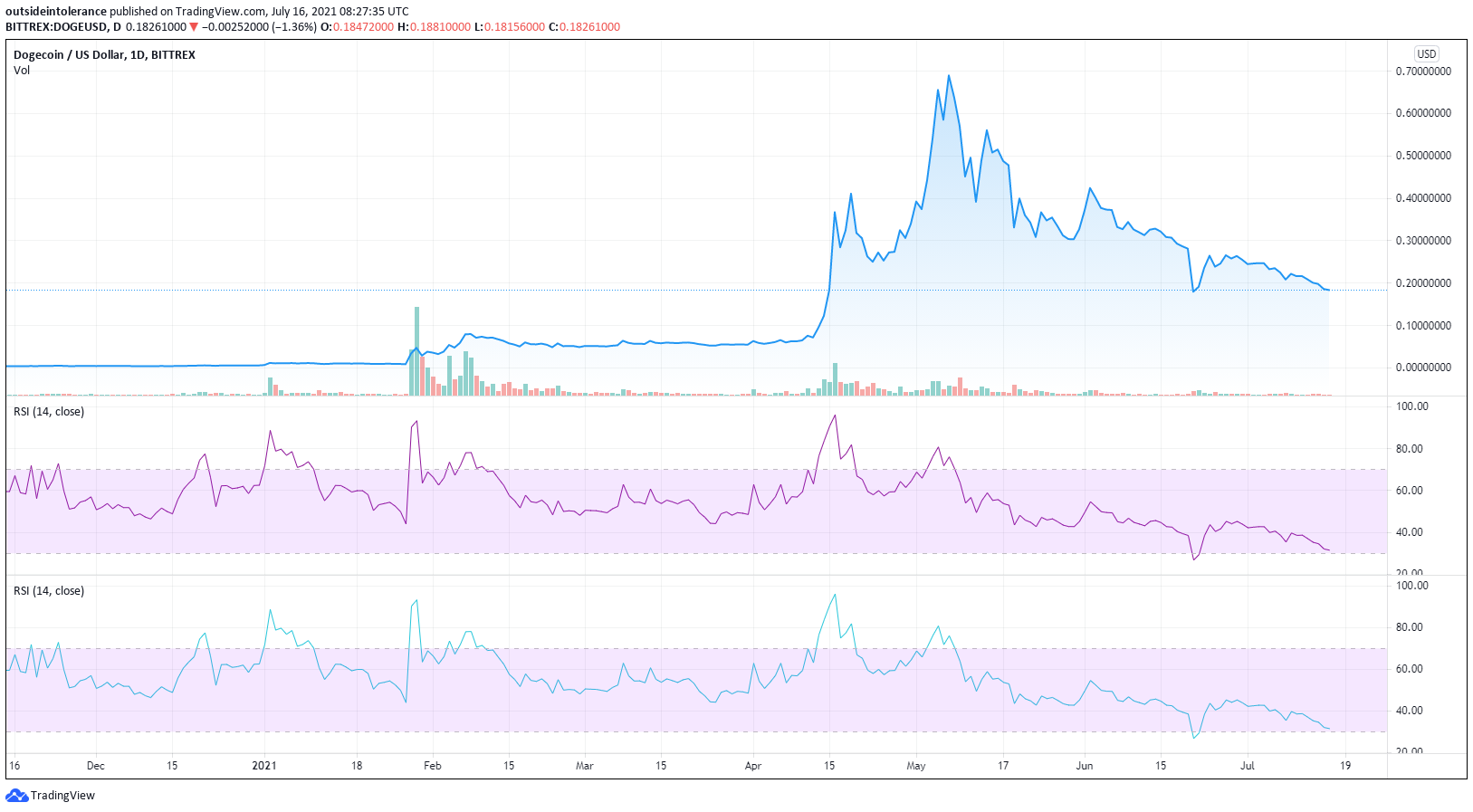 A joke that is not funny anymore

Recently, one of the co-creators of Dogecoin, Jackson Palmer spoke against Doge and cryptocurrencies, in general. He released his statements in a thread of tweets and said that ‘after years of studying it, I believe that cryptocurrency is an inherently right-wing, hyper-capitalistic technology built primarily to amplify the wealth of its proponents through a combination of tax avoidance, diminished regulatory oversight and artificially enforced scarcity.’

I applaud those with the energy to continue asking the hard questions and applying the lens of rigorous skepticism all technology should be subject to. New technology can make the world a better place, but not when decoupled from its inherent politics or societal consequences.

He also added that it is a scheme to make the rich even richer, as the vulnerable investors are exposed to the highest levels of risk. Palmer has a reputation of speaking against cryptocurrency, as he also showed his concerns back in 2017, when Doge achieved a market cap of $2 Bn. However, this time, another Doge co-creator, Markus replied in affirmative to his tweets. Markus and Palmer have parted ways from Dogecoin years ago. However, there statements are still valued significantly. The market is already facing bearish patterns, which is why there was no strong effect on the value of Doge. However, it is yet to be seen how the market reacts to these statements in the longer run.