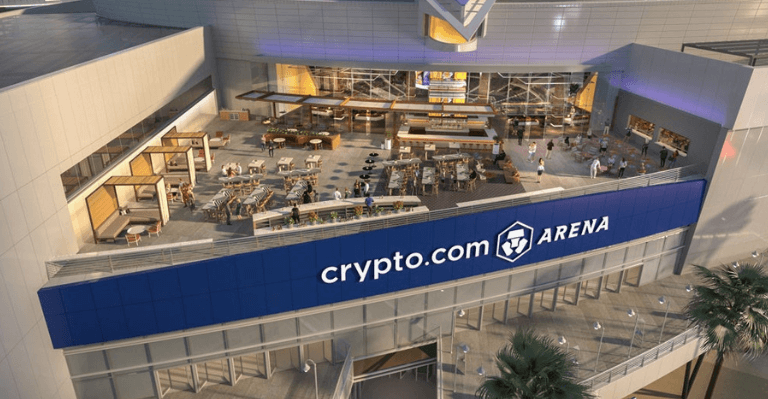 The renowned Crypto.com Arena and L.A. LIVE’s Xbox Plaza will acquire a nine-figure investment in capital improvements and property-wide renovations as part of AEG’s ambition to build on its reputation for setting industry standards in architecture, fan experience, guest services, and performances on the court, ice, and stage.

Despite recently letting go a sizable portion of its employees, CryptoCom is still counting on growing its brand towards sports as the crypto winter threatens to throw other cryptocurrency startups into insolvency.

The extensive upgrades to the arena and Xbox Plaza, according to the official statement made on August 23 by Lee Zeidman, President of Crypto.com Arena, Microsoft Theater, and L.A. LIVE, will give fans completely new ways to experience their favourite sporting and musical events.

The legacy continues✨ Take an inside look at the new https://t.co/mht717OBXs Arena and step into the future 🏟 pic.twitter.com/P9zIUSD1Xg

Nearly all public and backstage parts of Crypto.com Venue will be included in this transformational project, along with new and improved hospitality options and spaces on various levels throughout the arena.

Additionally, Crypto.com Arena is a vital component of Los Angeles, according to AEG President and CEO Dan Beckerman, and they are immensely proud of the part it continues to play in producing some of the most iconic moments in sports and entertainment.

He claimed that they have spent hundreds of millions of dollars since it first opened to maintain the venue’s state-of-the-art status while continuously producing a world-class event and fan experience.

“The investment in these renovations demonstrates the ongoing commitment of AEG, the Lakers and the Kings to deliver the best experiences for all of our fans, partners, artists and teams,” said Dan Beckerman.

New innovations to be developed

Fans will be able to eat, drink, and mingle while taking in views of the broad downtown Los Angeles cityscape to the north and the arena bowl to the south at the newly designed City View Terrace at the new Crypto.com Arena.

The rebuilt Arena will also have an upgraded Impact Sports Bar & Grill on the Main Concourse with new menus for food and beverages.

The Chairman’s Club, which will be located in the most exclusive and sought-after area of the Crypto.com Arena before, during, and after events, will also be expanded and redesigned. It will provide select season ticket holders and VIP guests with additional advantages and experiences.

According to them, the renovation project will be completed in phases in the fall of 2024, with some of the upgrades being unveiled to fans in time for the 2022–2023 NBA and NHL seasons.