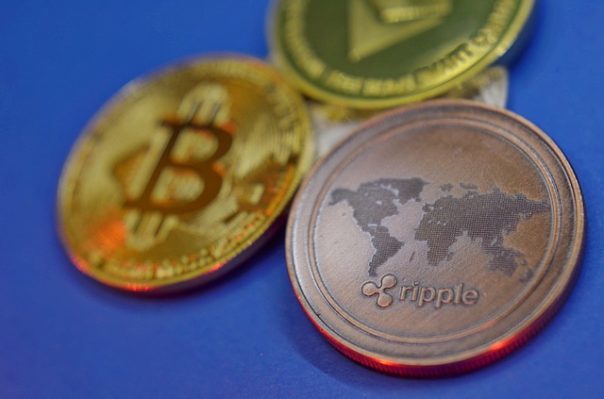 More and more digital coins are being introduced to the market as the concept of cryptocurrencies becomes more popular and relevant. In the virtual currency sector, assets like Bitcoin, Ethereum, Solana, Ripple, and Cardano continue to make waves. Cryptocurrencies all have their unique characteristics. The public and private sectors can benefit from their different features and attributes. Likely, digital currency will eventually replace fiat currency due to the increasing popularity of blockchain technology.

The cryptocurrency market is home to several popular digital tokens, including Ripple and Bitcoin. Investors have been paying close attention to them lately. As the Ripple network expands, Ripple’s XRP has grown enormously in the last few years. Nevertheless, ripple vs. bitcoin will remain relevant to the crypto community for some time to come.

How does Ripple work?

The RippleNet network is used by Ripple to handle transactions and payments of its native coin, XRP. Besides acting as a crypto token, it also serves as a settlement coin for payments. As early as 2011, XRP’s developers set out to create an alternative to Bitcoin. David Schwartz, Arthur Britto, and Jed McCaleb constituted the development team. The team aimed to improve the levels of computing power needed to mine crypto. They aimed to develop a coin that will be easier to produce and could be used for payment settlements.

Developers created a distributed database called XRP ledger, allowing multiple users to access the same information from different locations. The ledgers serve as the validating servers for transactions involving the XRP cryptocurrency. With RippleNet, money transfers using virtual currency can be made via the XRP ledger. By partnering up with banks and financial service providers that comply with local regulations, Ripple facilitates international payments. Ripple tokens offer faster transaction speeds, one of their most attractive features.

How does the Bitcoin blockchain work?

Launched by Satoshi Nakamoto in 2009, Bitcoin is the oldest and most valuable cryptocurrency token globally.  It has contributed to popularizing the concept of decentralized digital currencies. Even though Bitcoin itself is only a decade or so old, its market capitalization and valuation have grown significantly over time. As users from all over the world look at bitcoin’s profit potential, its popularity has also increased significantly. Bitcoin paved the way for other currencies to enter the crypto market.

Participants in the Bitcoin blockchain ledger have direct access to the same data set. This keeps the network secure and decentralized. The Bitcoin network gains more transparency and legitimacy due to the lack of centralized authority and financial institution control. By mining bitcoins, miners solve complex mathematical problems to verify transactions. They are also rewarded for their contributions to the network.

Ripple and Bitcoin: A Comparison!

Despite sharing the same blockchain concept, both cryptocurrencies have distinctive characteristics. XRP tokens were first minted with a total supply of 100 billion when Ripple launched. Since then, the network has released them periodically. Currently, the Ripple network holds about 55% of all XRP tokens in circulation. There are 45 billion XRP tokens in circulation right now. In contrast, Bitcoin’s supply is not regulated by any authority or organization, so it is currently mineable. Over 18 million bitcoins are already in circulation, so its maximum supply is capped at 21 million.

Ripple rewards users whose transactions are validated on the network. To validate transactions, the Bitcoin network uses blockchain technology and mining. Ripple, on the other hand, uses both consensus ledgers and validators to confirm transactions. Since Bitcoin utilizes miners, Bitcoin transaction confirmations are different from XRP transactions.

A decentralized digital currency like Bitcoin is primarily concerned with fighting censorship and centralization. It takes Bitcoin a long time to confirm a transaction. To compare their transactions, xrp transactions are confirmed within seconds, whereas Bitcoin transactions can take up to ten minutes to complete. 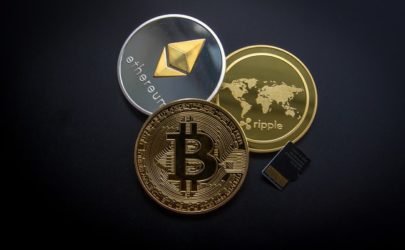 Ripple is designed primarily for use as a currency exchange. By providing a new and more effective mechanism via the digital economy, Ripple helps with transactions and payments, and it can transform the entire payment industry. The fact that Ripple is both a cryptocurrency token and a payment gateway ensures its usability and feasibility for consumers.

Additionally, Bitcoin eliminates the role of third parties or middlemen who might control its supply and demand. Payments, transactions, and investing can all be done with it, and it can also be used as a trading or investment vehicle. Ripple and Bitcoin have increased in popularity as a result of these use cases.

More than 300 financial institutions around the world use the ripple network. Major firms and organizations are exploring the usability features of the network, which is causing the adoption of the network to increase significantly. Ripple is becoming a preferred choice for money and payment transfers for institutions.

Bitcoin is already topping the charts for popularity. A number of businesses that offer goods and services have adopted it. Investments in it have also proven profitable. Bitcoin is therefore widely accepted as an asset. By providing more use cases, Ripple aims to increase its adoption rate, but BTC remains the most profitable store of value in the market.

These two cryptocurrencies are considered the top guns of the market. Their significance in the digital asset industry is undeniable. However, Ripple can surely compete with Bitcoin in terms of usability even if it cannot compete with Bitcoin’s prices and statistics. It is both the primary goal for both networks to make themselves more relevant and accessible to consumers.