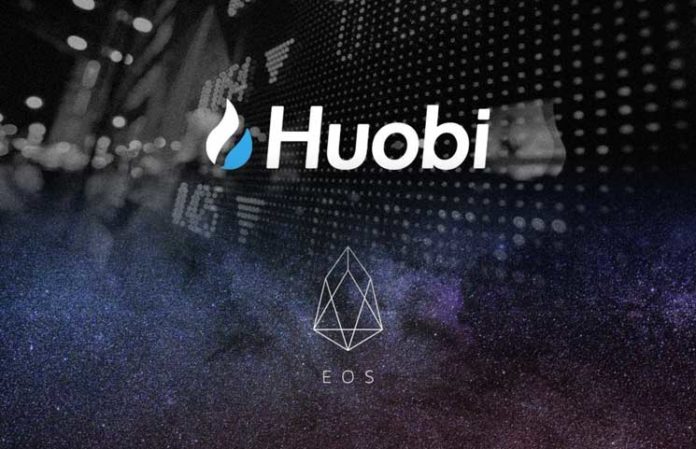 One of the TOP 10 on the daily volume of transactions in cryptocurrency exchange Huobi has launched a beta test of its new product — the decentralised areas for trade scriptactive (DEX — decentralized exchange) that runs on the blockchain network EOS called EOS Huobi.

During testing, the DEX will be available to pair EOS/BTC, EOS/ETH and EOS/USDT and the project team promises to gradually increase their number. As told CEO of Huobi Livio Weng, cryptocurrency EOS was chosen as the basis because “experienced traders want to see a larger set of tools”.

Used Playground EOSIO Protocol is the blockchain Protocol is open source which includes the ability to create smart contracts and decentralized apps. Unlike Ethereum, it uses a consensus model of “Delegated proof of share ownership” (Delegated-proof-of-stake, DPoS). In this consensus-mining power “delegated” to the selected node. These representatives produce blocks in accordance with the mechanism for regular elections of new producers, called supernodes.

According to the developers of EOS, their blockchain network is able to virtually eliminate transaction fees and processing millions of transactions per second.