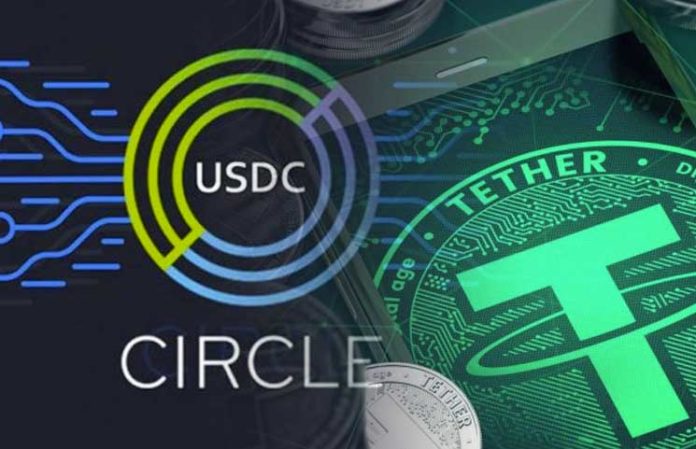 Main account Tether continues to send funds to exchanges, vkachivaya them in the exchange transaction. Today the transfer was made in the amount of $ 2.3 million. USA, then $ 5 million. The US was translated into the same intermediate address. From there the funds were sent to one of the wallets of the exchange Kraken.

This wallet currently has accumulated about 14.6 million coins, which is a relatively small amount compared to the total volume of cryptocurrency trading. This idea assumes that the Kraken is a potential place of cash. However, cashing scriptactive can be very slow and relatively small in scale.
Currently, the crypto community is actively watching “behavior” USDT. Previously, the manipulation of the market by stuffing USDT and trade bots was mainly observed in Bitfinex. However, since the exchange began, the regulators were also suggestions that the USDT has a fairly strong presence/influence in other markets, where there may be concerted action (manipulation) by the increase in the price of bitcoin or other assets.

The real question regarding #tether is whether #bitfinex has spread the ‘virus’ is enough to the kraken, binance and co so they can pump the price of #bitcoin artificially during #bfx maintenance. Interesting experiment in market manipulation coming up. $BTC $USDT

…”Is an interesting experiment in market manipulation.”

It should be noted that any of the address contains several traders, and it is unknown who can act on the exchange as a “kit”.

It is noteworthy that the tranches began in the new year, and the cumulative effect USDT, which has spread to the stock exchange, remains to be seen. The asset remains the leader in its class, it accounts for more than 93% of trade tablconv.

As of the end of November USDT also not tied to the dollar, since Bitfinex allows for a floating rate. Currently USDT trading at $1,01 remaining stable just above $1 after recovery from the October lows of $ 0.85 and the exchange Kraken.

By the way, we have an amusing article on the topic of bubble USDT from our editor-in-chief. Recommended reading.