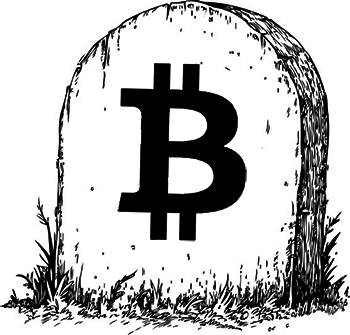 Chief investment officer of Creative Planning Peter Mallouk said that the price of bitcoin drops to zero. She called supporters of the first cryptocurrency “raving fools” and said that their “Golden calf” is worthless.

“It [bitcoin] will not go quietly, but the recent sharp decline could be the beginning of an inevitable and inexorable deadly peak. Of course, there could be a dead cat bounce [a slight increase of the asset price before the fall]. In any case, for me, bitcoin is nothing more than a walking corpse”, — said Mallouk.

The expert noted that the history of bitcoin will be a warning about the “crazy fanatics” who are trying to “make a silk purse from a sows ear”:

“I think the bottom of bitcoin is zero where he goes. Everything related to bitcoin speculation and fraud.”

However, Malloc appreciated blockchain technology and stated that it will revolutionize the world of Finance.

However, many experts have voiced opposite predictions. So, Bloomberg analyst Mike McGlone expressed the opinion that the price of bitcoin falls to $1.5 thousand, but then will start to grow again.