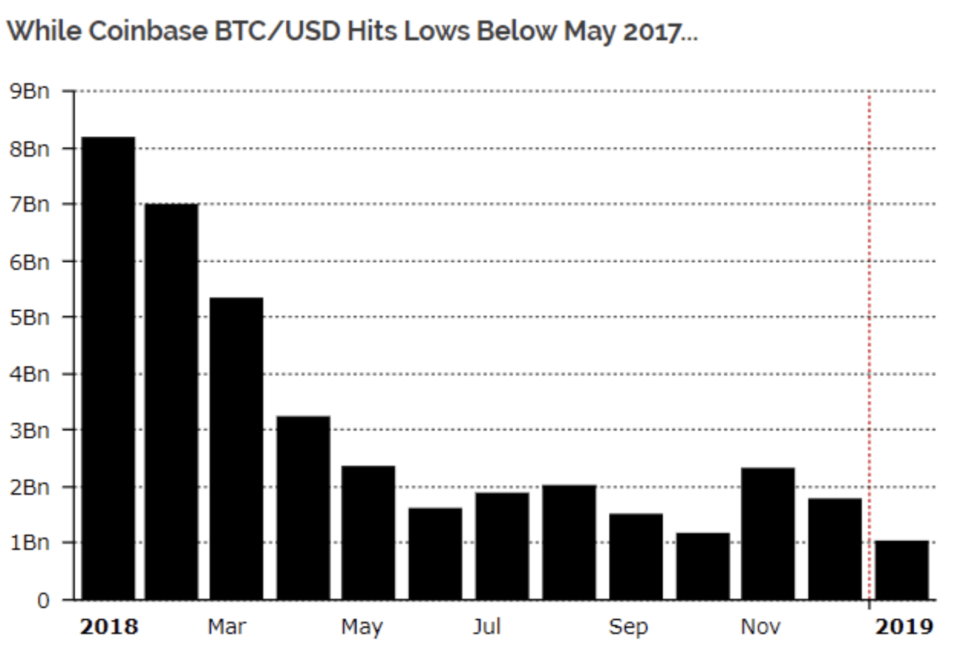 Trading volumes on cryptocurrency exchanges in January fell to new lows, according to an analysis published on February 4 by research firm Diar.

From the beginning of the year, lower trading volumes and new minimums were recorded on cryptocurrency exchanges, which have not been seen since 2017. Diar notes that this was the worst period for Binance, the leading cryptocurrency exchange. The volume of trading in the pair Bitcoin / USD decreased by more than 40% compared with December 2018.

As for the largest US cryptocurrency exchange Coinbase, there are allegedly lows on its BTC / USD market, which have not been seen since May 2017. 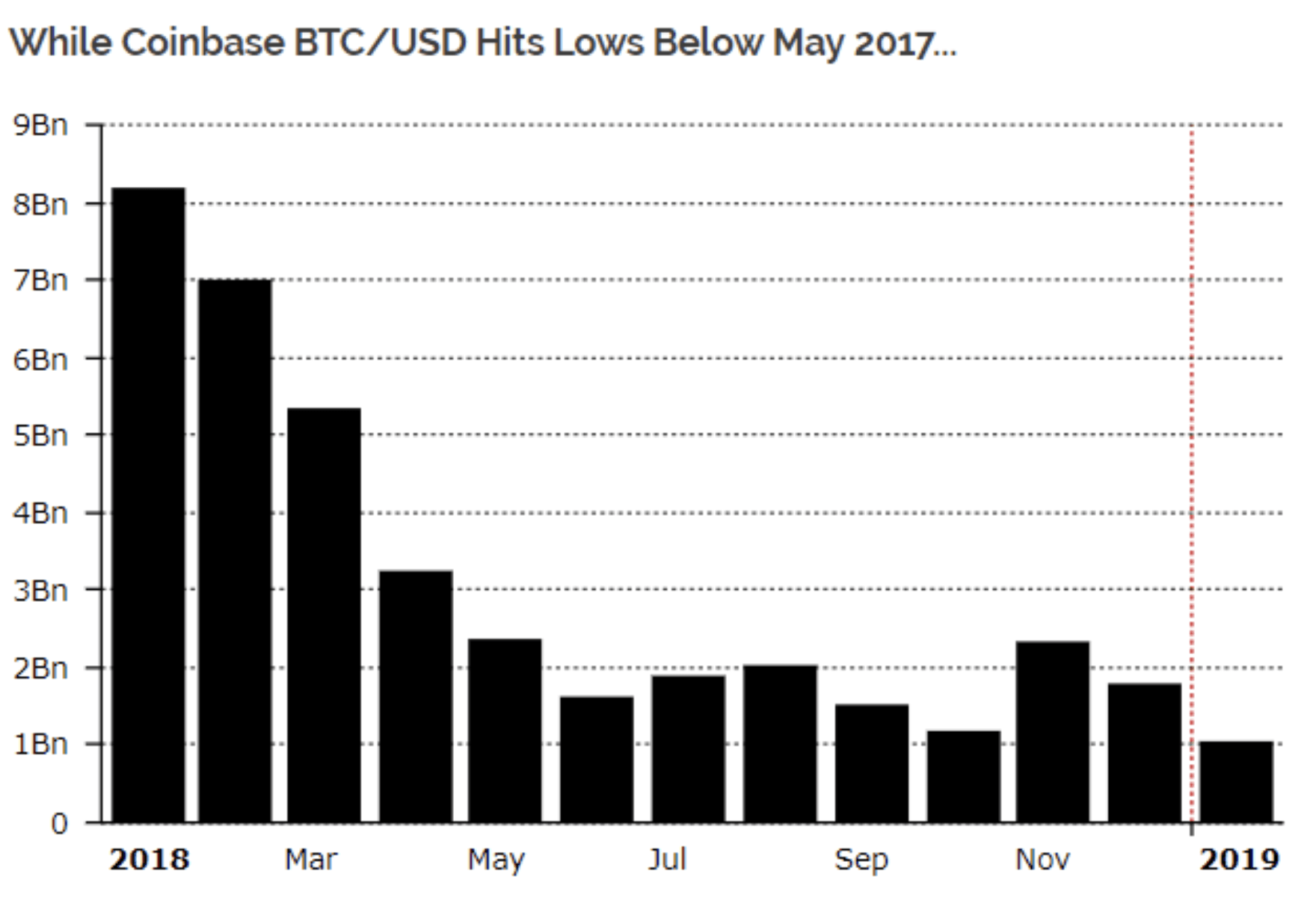 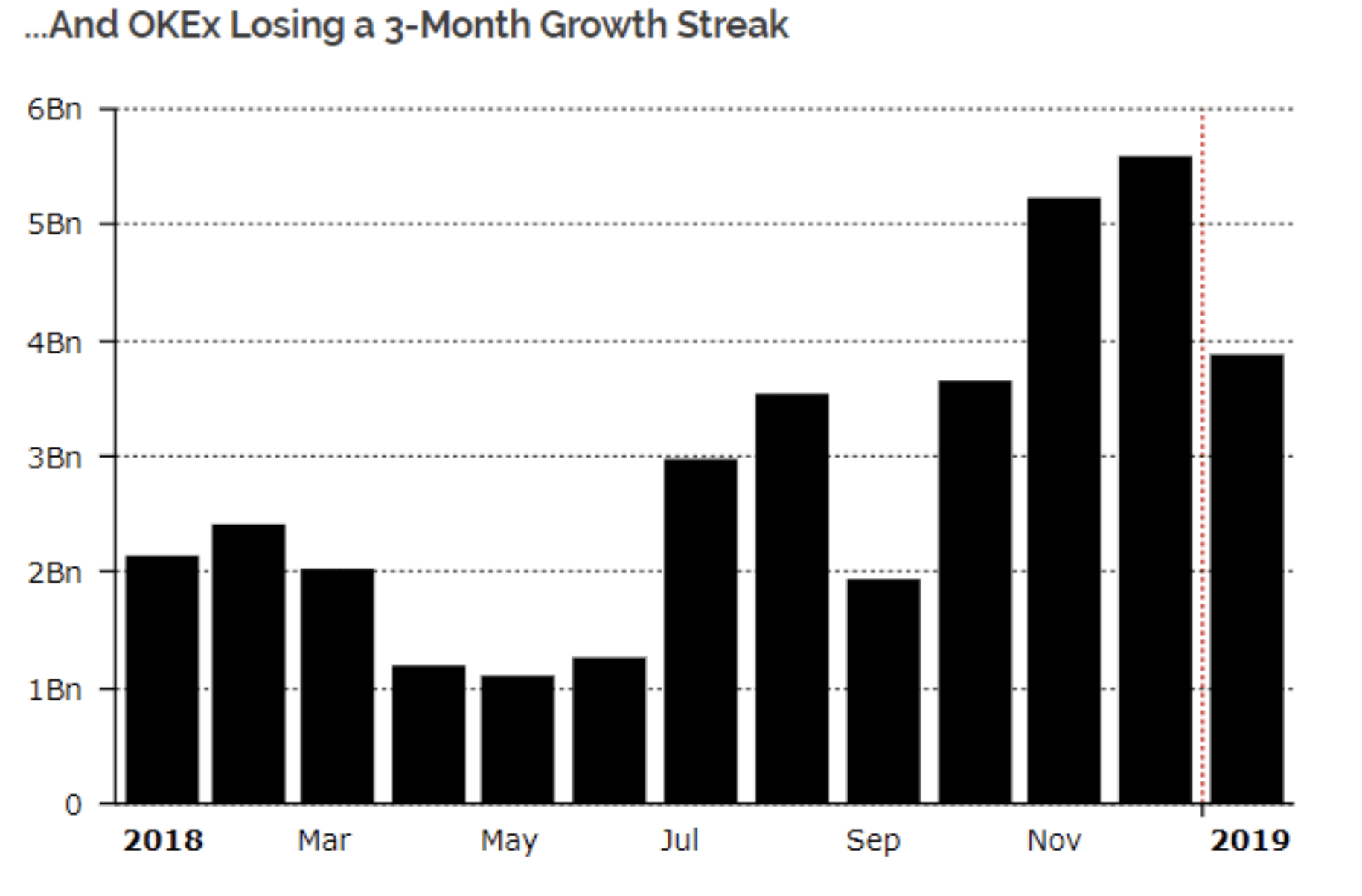 The report follows a statement by Binance CEO Changpeng Zhao in November 2018, when he said that the company is not concerned about the low trading volumes caused by the market downturn at the beginning of the month. Zhao then said that Binance had a tenth of the trading volume that he saw in January 2018, but he was still trading well above the volume "two or three years ago."

In December, a report prepared by the Blockchain Transparency Institute (BTI) stated that most of the 25 leading BTC trading pairs listed in CoinMarketCap are based on “heavily” bloated false volumes. Clear evidence of this was found in Huobi and HitBTC, but to a lesser extent than in OKEx. BTI also analyzed Bithumb and found a large number of dummy transactions in Monero, Dash, Bitcoin Gold and ZCash.

In January, Diar published an analysis showing that the cost of transactions in the third-largest cryptocurrency network, Ethereum, reached a record high in December 2018, 115 million. Diar stated:

“From the point of view of the number of transactions in the network, the“ supercomputer ”gained stability from October, and increased 16–17 million transactions per month.”