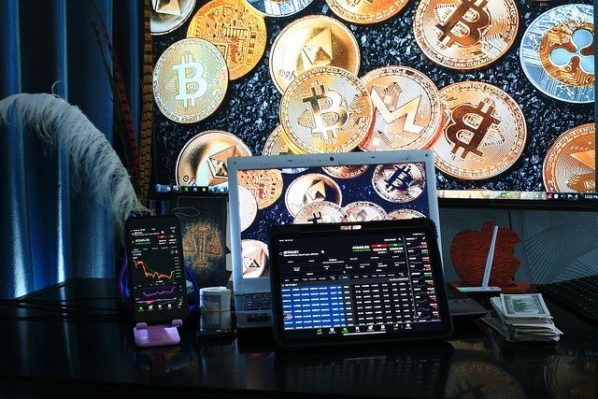 People were unfamiliar with the concept of crypto only a few years ago. The rise of Bitcoin, Ethereum, and numerous other tokens has educated consumers about the crypto market in the last few years. Today, cryptocurrency tokens can be traded, invested, and used as investment assets.

Cryptocurrencies, however, differ significantly from other markets. In contrast to other financial concepts like forex trading, crypto trading has exceptionally high volatility. Cryptocurrencies offer excellent profit margins, but at the same time, they also have substantial risks of loss.

While Bitcoin sees a marginal gain of 0.35%, the crypto market remains weak

In 2021, the crypto market went through periods of bullish and bearish movements. However, the last quarter of the year was challenging and underwhelming for the industry. Thus, the global crypto market cap has also decreased to $2.24 trillion.

Probably as a result of the holidays, more money has been pulled out of the market. The result is that many major tokens, such as Bitcoin have consolidated significantly. It was expected that the leading cryptocurrency token would blast in the new year, but things are not going as planned. The dominance of Bitcoin has fallen below 40% again. Experts are unsure of the coin’s performance because the overall market is also covered with uncertainty.

As of the time of writing, Bitcoin is trading around $47,000. In the last 24 hours, only 0.35% has been gained by the coin. Nonetheless, it is still 5.435% lower than last week’s price. The market capitalization of 18,917,900 BTC tokens is around $894 Billion. Bitcoin is trading for a little over $22.18 billion in 24-hour volume. After failing to move past resistance levels, the coin is plunging to local support levels. Bitcoin could crash dramatically in the coming days due to a persistent downtrend.

One of the most sought-after cryptocurrency tokens is Ethereum, which stands only behind Bitcoin. With hundreds of blockchain protocols running on Ethereum, its importance to the crypto industry is unmatched. It is also the most anticipated coin of the last few years as an altcoin. The coin has underperformed analysts’ expectations in recent weeks.

The price of Ethereum is currently hovering around $3,750, and the coin has only managed to gain 0.95 percent in the last 24 hours. It was predicted that ETH would go higher following last week’s bear run. However, this was not the case, and the coin is still 7.40% below its previous week’s price. The market capitalization of the coin has plummeted to $22.20 Billion, and the trading volume has declined to $8.83 Billion. 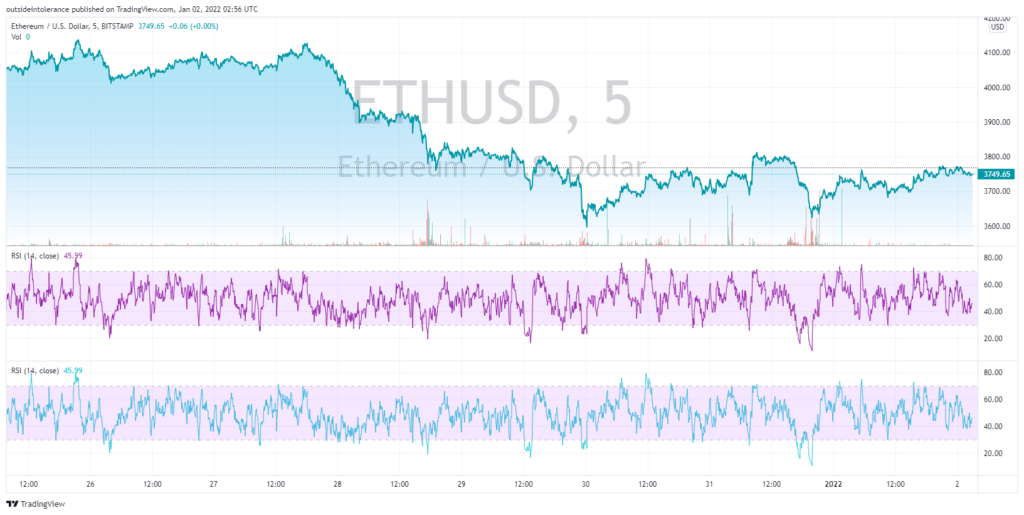 Ethereum fell from over $4,200 to around $3,600 in a week, as shown in the chart above. It might be the holiday season that caused the value to plummet. However, the coin’s recovery has been relatively low. If the coin fails to break through the resistance level, there is a possibility of a bearish run.

The crypto space is home to several gems, including Polkadot, Solana, and Avalanche. They also have reached their respective all-time highs recently, justifying the hype surrounding them. But they also suffered as the entire market experienced a decline at the end of the year.

Top gainers of the crypto market include ICP, ONE, and DOT

ICP and ONE have stood out for their double-digit percentage gains in the last 24 hours. Despite the uncertain market conditions, both of these coins have performed well. During the past 24 hours, ICP rose more than 10.20%. Its recent price surge has taken it past $27. There is over $373 million in trading volume for ICP. The market cap of the company is more than $5.30 billion.

Harmony’s ONE is also following the same pattern. In the last 24 hours, the coin has gained over 10%, crossing $0.27. The market cap of ONE has reached $3.15 billion with over 11 billion tokens in circulation. Its trading volume is around $264 million. It is now ranked among the top 50 cryptocurrencies by market capitalization.

DOT has managed to turn things around. It has gained over 7.30% in the last day. IDOT is nearing $30 and is currently trading at $29.30. Despite being 1.25% below its last week’s price, the company is showing a lot of progress compared to its competitors. The trading volume of DOT is over $886 Million, and its market cap is above $28.73 Billion. DOT is forming a solid comeback and might go higher in the days to come, as shown in the chart below. 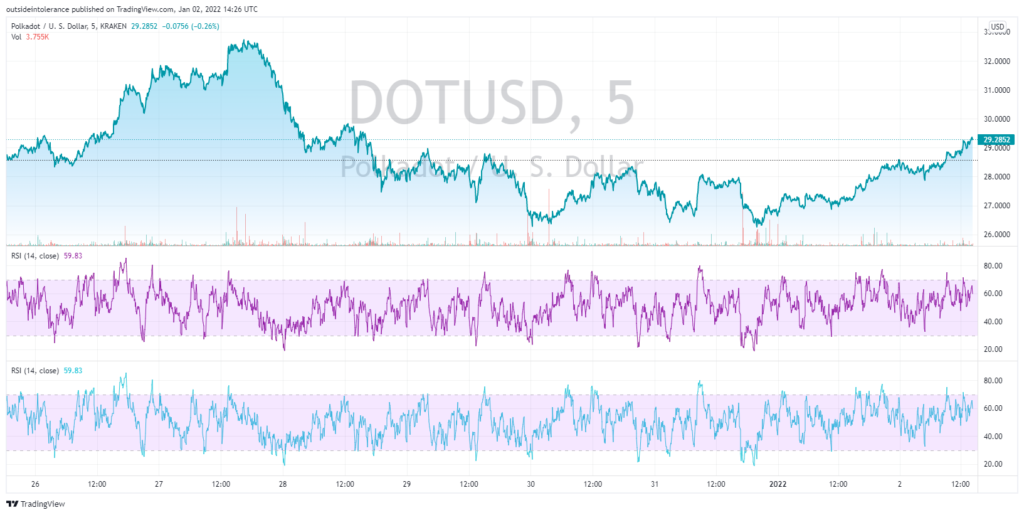 LINK, however, has increased by 6.85%. Following a week in which it was among the losers, it crossed the $21 mark this week. It is currently ranked number 22 on the list of top cryptocurrencies by market capitalization. Investors might be inclined to buy the token as it shows significant signs of progression. As a result, its price could continue to rise.

The crypto community is concerned about the stagnant growth among coins in the first week of the new year, even though there are no notable losers. Traders and investors are not so optimistic about the market right now, but it might gain some momentum in the days or weeks to come. For the cryptocurrency sector, January is historically a good month. This is why many experts continue to believe that we are just in a corrective phase before the market explodes.