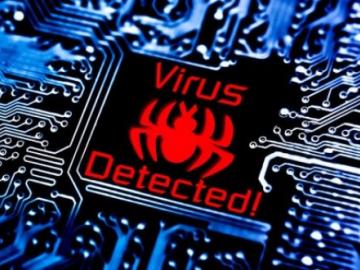 At the end of November this year, Singapore companies World Exchange Services — the official operator of Wex exchange (successor exchange BTC-e, through which, according to U.S. authorities, were laundered at least $4 billion) — the owner was replaced, now the controversial cryptocurrency exchange belongs to the Muscovite Daria, Chevchenko — 29-year-old daughter is already known in cryptosuite militants of the self-proclaimed DNR Dmitry “sailor”, Chevchenko.

He Halchenko told in the comment “Russian service BBC”that he had originally planned to record the exchange itself. However, according to him, employees of the Singapore business registry that didn’t suit him in the past — perhaps the part in the armed conflict in the Donbass.

Today, the Russian trading platform, whose daily turnover of a year ago was $80 million not working, and its users write statements to the police with complaints of fraud. Similar, though slightly more dramatic fate that befell its predecessor Wex — crypto currency exchange BTC-e.

After the collapse of BTC-e, exchange Wex, where users of the bankrupt were allowed to trade on the old logins and passwords, quickly gained momentum at the peak, at the end of 2017, she was in the top twenty most popular kryptomere the world, the daily trading turnover reached 80 million dollars (data from Coinmarketcap).

In early July, 2018, the owner of the exchange Dmitry Vasiliev and Hevchenko officially stated that it is negotiating the sale of the exchange. But soon something went wrong and the deal to sell the exchange never took place. Then Wex took a nosedive: was completely closed exchange of cryptocurrency for traditional money (dollars, rubles), to withdraw their funds from the stock exchange was only possible with the loss of 90%, but Vasilyev saidthat the stock exchange he simply “pressed”.

According to “sailor” the exchange will become a platform for support of the unrecognized republics, with the Central office in Crimea.

“According to my idea, Wex, will be a platform for financial support of the unrecognized republics [DPR and LPR, Transnistria, Abkhazia and South Ossetia]. Our goal is the struggle against the dominance of the dollar,” said Avchenko.