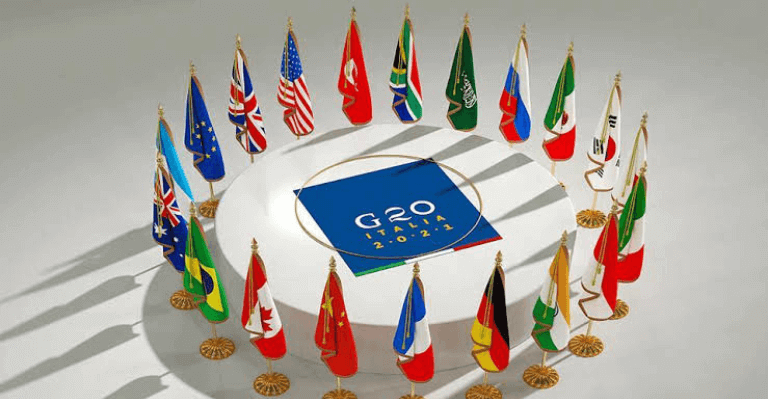 The Organization for Economic Cooperation and Development (OECD) offered to the G20 on Monday a framework to promote international transparency in cryptocurrency assets.

The OECD developed the Crypto-Asset Reporting Framework (CARF) in response to a G20 request for the development of a framework for the automated sharing of information between nations on crypto-assets issued back in April 2021.

OECD to Submit The CARF to G20 This Week

As part of the most recent OECD Secretary-Tax General’s Report, the CARF will be shared with the G20 Finance Ministers and Central Bank Governors for debate at their next meeting this week (12–13 October) in Washington, D.C.

The G20 is made up of 20 participating member nations, including, to mention a few, China, India, South Korea, Brazil, the United States, the United Kingdom, and the European Union.

The OECD adopted the Crypto-Asset Reporting Framework (CARF) in August 2022. This framework enables the uniform reporting of tax information on transactions using crypto assets and the automated interchange of such information.

One important trend that the OECD has attempted to address, according to the new 104-page study, is the rise of Crypto-Assets, which may be moved without dealing with traditional financial intermediaries and without any central administrator having complete information on either the transactions carried out.

Furthermore, the OECD believes that cryptocurrencies are not yet covered by the Common Reporting Standards (CRS), which were supposed to be a crucial instrument in maintaining transparency on cross-border financial investments and combating offshore tax evasion.

The group argued that there is a “likelihood of their use for tax evasion while undermining the progress made in tax transparency through the adoption of the CRS,” because cryptocurrency is not currently covered by the standard.

“Work will also progress to put in place the appropriate mechanisms to automatically exchange information under the amended CRS,” the report states.

The OECD’s proposed changes to the CRS also include the addition and definition of Central Bank Digital Currencies (CBDCs), which, from the perspective of customers, are functionally comparable to traditional bank accounts and may, therefore, raise tax compliance issues comparable to those connected with bank accounts now covered by the CRS.

In light of this, it appears that global leaders now acknowledge the cryptocurrency market is worth trillions of dollars and that some illegal market participants may take advantage of the decentralized nature of crypto to avoid regulations and taxes or engage in other illegal activity.

Ripple CEO Expects SEC Lawsuit To Be Over in 4 Months