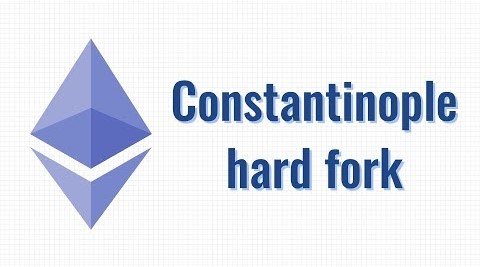 On February 28 (on block # 7280000) hardfork will occur in the Ethereum network, making two important updates – Constantinople and St. Petersburg. Petersburg. The developers warn that the updates may start a couple of days earlier or later than the announced date, which is impossible to predict exactly due to the specifics of the mining process.

So, according to official information, the update now has two names, since in this case two separate updates are combined into one event. In January, the Constantinople update was postponed due to security vulnerabilities.

Constantinople must repeatedly increase the efficiency of the platform, postpone the action of the so-called. “Bombs of difficulty”, as well as reduce the reward for the extracted block of etherium from 3 to 2 ethers.

The complexity bomb function is designed to prevent the miners from continuing mining in the blockchain after the network transitions to the Proof-of-Stake (PoS) consensus algorithm. However, due to the fact that the transition to PoS is still being postponed, the developers have postponed the “complexity bomb”, because they want to make sure that they do not freeze the blockchain before the new consensus algorithm is actually implemented.

Thus, the update of Constantinople will delay the “bomb of complexity”, and this period of 12 months will be called the “ice age”.

Constantinople also suggests the introduction of the Create2 function, which, as previously assumed, represented the attack vector for the etherium. However, the creator of the ethereum Vitalik Buterin denied the existence of such a danger.

Another update is St. Petersburg is designed to remove the previous update of EIP-1283 from ethereum test networks.