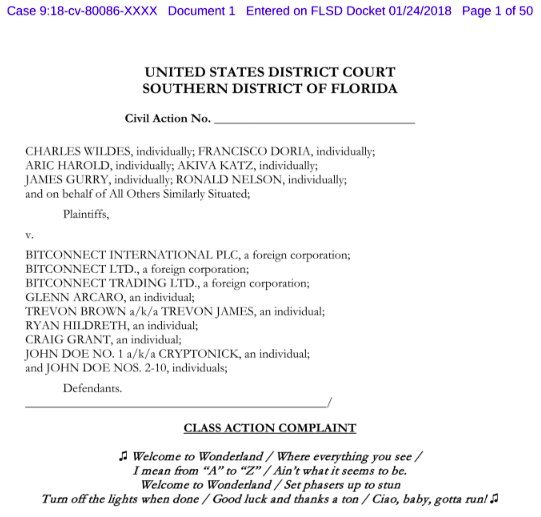 After the course the token Ripple XRP has fallen by more than 7.5 times from $3.8 to $0.5 investors who bought bitcoin at the peak in January, suffered serious losses. They accused the company in a distribution of unregistered securities, fraud and manipulation of the value of the token, demanding compensation through the court, sumarno component of approximately $million of 167.7

Lawyers Ripple Labs has achieved transfer of the case on recognition of token XRP securities from the court of San MATEO to the district court for the Northern district of California. The company representatives stressed that such cases should be handled at the Federal level, as the number of plaintiffs exceeded 100 people, and the amount of the claim exceeds $5 million.

All the investors are trying to obtain from the company Ripple $167.7 million compensation for damages, and they say that the number of victims in the thousands. Representatives of the blockchain startups, in turn, claim that users are fully aware of the nature of the transaction, the company don’t understand why XRP should have been registered as securities and how it relates to the fall in the value of the token.

Yesterday analysts said a sudden jump of the course, XRP, pointing out that for this kind of explosive growth there is absolutely no obvious information catalyst and has put forward the version about the possible the fate of the token. It is worth noting that at the time of preparation of the material the coin is Ripple continues to show growth despite falling market.

On 12 December, a new era for the market of kriptonyte