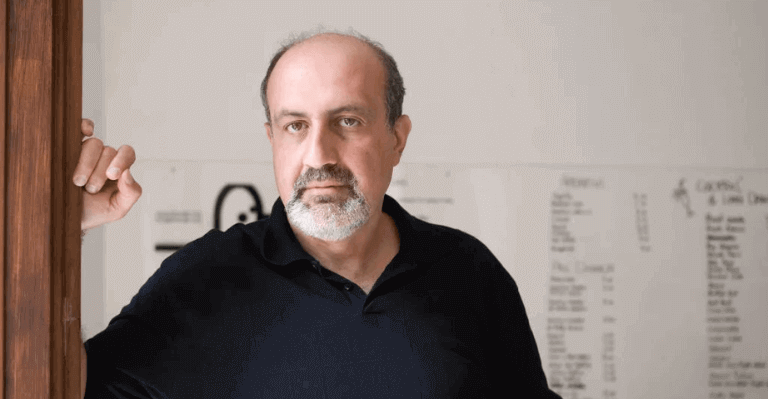 Nassim Taleb, a well-known mathematician and cryptocurrency critic, recently took to Twitter to voice his condemnation of the cryptocurrency sector. He called cryptocurrency users “dimwits,” “dumb in a special way,” and “miswired techno heads,” among other derogatory terms.

The philosopher, best known for his book “The Black Swan” (2010), stated that although he had high expectations for cryptocurrencies at first, he grew increasingly disappointed as he learned more about the blockchain.

2) Yes I had hopes for crypto but it did not turn out to be what I expected and, as I got deeper into the blockchain, I saw it was a scam for miswired technoheads. I have never been blinded by hope.

In what appeared to be a dig at the cryptocurrency sector’s inflated claims, Nassim Taleb asserted that he has “never been blinded by hope.”

However, a former executive at Coinbase, Asiff Hirji, echoed this sentiment when he denounced the prevalence of frauds and schemes in the industry. But the ex-crypto executive thinks that blockchain can significantly enhance and simplify financial transactions.

“Too many scams, get-rich schemes, and now outright fraud in crypto,” Asiff Hirji commented. “That said, blockchain is just a way to build applications—ones that allow for immutable public registry and bi-lateral real-time settlement.”

Another user, an electrical engineer known as “The Void,” responded to Nassim Taleb’s criticisms, stating that the current financial system requires improvement, which is what crypto and blockchain are bringing to the table.

Cryptocurrency, according to “The Void,” solves the issue of double spending and permits value transfers over the internet. He insisted that the means of exchange for goods and services would be both energy-efficient and fast.

For a long time, Taleb has been a harsh critic of Bitcoin, repeatedly labelling the leading cryptocurrency a worthless speculative bubble. In 2020, he claimed that although Bitcoin is a good idea, almost all bitcoiners are total idiots. He described it as “a magnet for imbeciles“ last July.

Taleb received a lot of attention and criticism online for his tweet, including from Dan Held, a bitcoin educator.

“It’s a bit disappointing seeing someone who wrote a book called “Antifragile” be so fragile when it comes to volatility,” Dan Held responded on Twitter. “What did you expect from an asset going from $0 to the world’s reserve currency?”

A currency should never be more volatile than what people buy and sell with it, according to Taleb, who claimed on Twitter that people can’t price goods in BTC and that he has been getting rid of bitcoin since February 2021.

While Nassim Taleb continues to criticize Bitcoin and the crypto industry as a whole, large organizations like Microstrategy and governments like El Salvador see Bitcoin as the future of finance and remain bullish on the industry despite the current market conditions.

Alameda Ex-CEO Caroline Ellison Reportedly Spotted in a US City