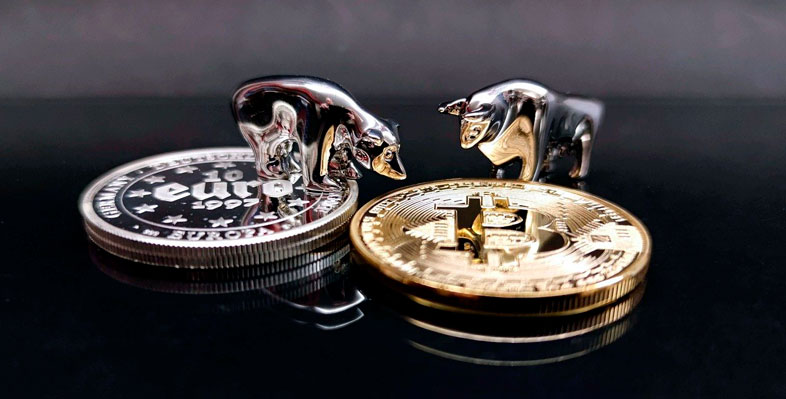 Cryptocurrencies have gradually emerged as a viable mode of trading and investing in recent times. The mainstream economic system has also shown acceptance towards the crypto market. This is the primary reason that the market has grown in the last few years, and many new crypto tokens have emerged. Today, there are thousands of cryptocurrencies in the market and many of them are still in their trial phases. This shows how relevant they have become in the global economic structure.

Even though many crypto tokens have laid their marks in recent times, Bitcoin still remains the most popular and valuable cryptocurrency in the world. It has ruled the market since its first day and has been a major force in driving the popularity of the concept of crypto. It has been well over a decade that the concept of crypto surfaced on the face of the earth. Since then, it has been a rollercoaster for the said digital currency, and it still moves forward with the same pattern. The year 2017 was the major break for Bitcoin, as it thrashed all records and predictions, and rose beyond the mark of $20,000.

What started off from a few cents was now valued at thousands of dollars. The economic setup was in a state of utter shock with the progress Bitcoin had made over the years. Many early investors of Bitcoin became millionaires from this upsurge. Many experts and analysts discarded Bitcoin and termed it as a financial bubble that will burst soon. However, they stand corrected as Bitcoin made its way through dark phases, and has helped several investors and traders in amassing huge profits.

Since 2020, Bitcoin has grown by a significant margin. It broke all previous records and breached the all-time high of $64,000. However, this record came in mid-April, and since then Bitcoin has suffered a great deal. Its value has gone down by over 50%, touching a low of $30,000. Currently, it is revolving around the mark of $36,000. What started off as a great year for the crypto market has turned out to be a horror story in these last few weeks.

The prices of Bitcoin have always had a severe impact on other altcoins. The crypto market often follows the trends set by Bitcoin. However, Bitcoin has suffered from high levels of volatility in the last few weeks. The attacks from Chinese regulators and the tweets of Billionaire Elon Musk have had an adverse impact on the performance of BTC.

It has been a while since Bitcoin has hovered in the range of $40,000. However, just yesterday it crashed again through the strong support of $34,000 which send alarming bells through the crypto enthusiasts. The market currently fears that it might crash to a low of $20,000. Many experts have said that Bitcoin is ‘dangerously approaching the below $30,000 level’. They also fear that a break below $30,000 can prompt severe panic and momentum selling which will have even worse impacts.

The crackdown in China and the allegation of environmental unsustainable mining has massively pushed Bitcoin down. Recently, the authorities in the US were able to recover Bitcoin ransom, and that has raised eyebrows over the decentralization of the digital currency. These are a few key reasons for Bitcoin’s latest performance. However, many experts believe that even if it touches the low of $20,000, it has the potential of making a comeback, like it always does. The crypto regulators have a strong and defining role to play in the performance of Bitcoin. There has been a lot of talking about the role of these regulators and they are said to set the tone of the crypto market.

Bitcoin’s influence on other crypto tokens

The value of Bitcoin also carries significance for the likes of other popular cryptocurrencies, like Cardano, Ripple, Polkadot, Dash, and so on. All of these cryptocurrencies have been struggling since the downfall of Bitcoin. Even the second most popular crypto in the world, Ethereum has also suffered a loss of 50% in its value after reaching an all-time high of above $4,000. So, it can be said that these few weeks are immensely important for Bitcoin, and generally, for the entire crypto market. It is yet to be seen that if it continues with its bearish trend or it makes a bullish pattern to make things a little better for crypto geeks. Bitcoin’s past performance, however, promises an impressive comeback as it has done so in the past.