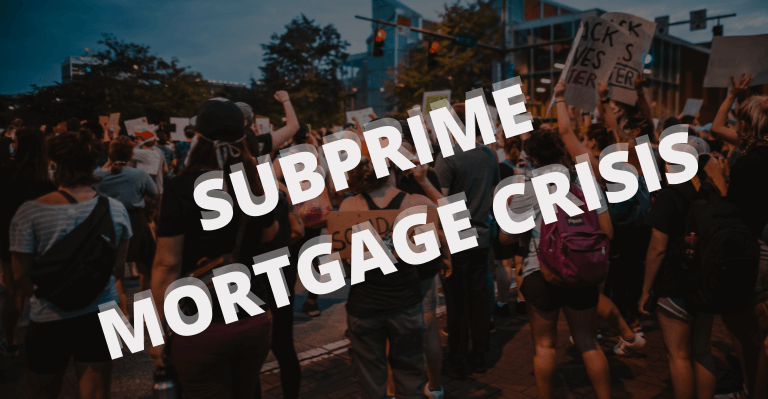 Some are drawing parallels between the latest cryptocurrency crash, which has wiped off more than $1.2 trillion in value, and the subprime mortgage crisis of the early 2000s.

The subprime mortgage crisis sparked the greatest economic downturn since the Great Depression, which began in September 1929 and lasted through 1933.

Various analysts and individuals, including longstanding crypto skeptic Paul Krugman, have connected the latest cryptocurrency market slump to the subprime mortgage crises. Some economists and analysts, however, disagree.

In an opinion post for The New York Times on January 27, Nobel Laureate economist Paul Krugman writes that he finds “uncomfortable parallels” between crypto and the subprime mortgage crisis of the 2000s. He pointed out that, while crypto does not pose a threat to the financial system because the numbers aren’t large enough, there’s growing evidence that the risks of crypto are falling disproportionately on people who don’t understand what they’re getting into and are ill-equipped to handle the downside, citing a report that shows that 55% of cryptocurrency traders lack a college diploma.

On the other hand, European Central Bank Executive Board member Fabio Panetta stated on April 25 that crypto is now larger than the $1.3 trillion US subprime market and that it has “similar tendencies” to the market that brought the global financial system to its knees.

Treasury Secretary Janet Yellen warned on April 7 against repeating the mistakes of the 2000s, when shadow banks and an explosion of new financial products combined to create catastrophic levels of risk.

Regardless of the differing viewpoints from all sides of the crypto industry, it is clear that a large bank or asset manager is launching yet another crypto product or service every week. Fidelity and BlackRock have recently established blockchain, crypto, and metaverse exchange-traded funds, and Goldman Sachs has announced the first bitcoin-backed loan facility.

However, according to the Wall Street Journal, U.S. Senator Elizabeth Warren wrote to Fidelity’s chief executive officer on Thursday, questioning the “appropriacy” of the company’s decision to include Bitcoin in its 401(k) retirement plan options, citing crypto’s “significant risks of fraud, theft, and loss.”

Is crypto capable of causing the same kind of havoc?

People believe that the more traditional banking and finance become involved, the more tangled the linkages between the two worlds become, the more regular investors are exposed, and the more systemic the risks become. On the surface, crypto is unlikely to have the same disastrous consequences as the subprime mortgage crisis of the 2000s.

Over the last decade, the global cryptocurrency market cap has multiplied, reaching over $2 trillion. However, losses of $2 trillion represent about 0.5 percent of global financial assets and approximately 6% of US GDP.

The “on-ramp” and “off-ramp,” the point where the average investor gains access to and exits a crypto investment, is a source of concern for regulators, according to Alastair Sewell of Fitch Ratings in London.

He also said that the link between traditional and digital finance will most likely be a bank. And because some of the digital homes may use capital markets, investors are becoming more aware of the broader crypto ecosystem.

According to Gregory Price, an economics professor at the University of New Orleans, the collapse of subprime mortgages resulted in economic instability owing to “deleveraging,” in which financial firms and families were forced to sell assets to satisfy debt finance losses.

Spotify Comes to the Roblox Metaverse

FC Barcelona to start its token sale this Monday, priced €2 per coin!