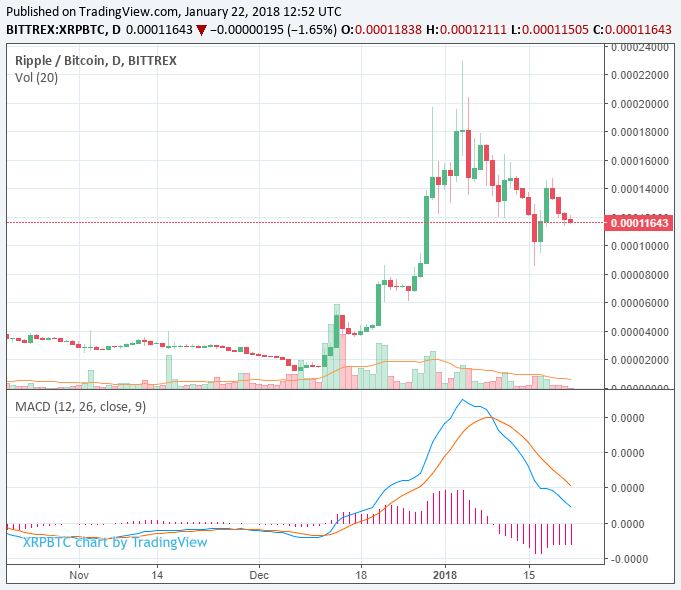 This morning, 22 November, the average weighted exchange rate of bitcoin is around $4 572 over the last 24 hours it has risen by 2%. In the green zone trading almost all the TOP 30 crypto-currencies, but analysts say that the bearish trend in the cryptocurrency market has not yet ended.

According to experts, in the near future the rate of BTC can be restored to $5 000–$5 500, and then a bear market will resume. However, the bad news is not that, and the fact that payment processors such as BitPay, witnessed a sharp decline in payments related to the cryptocurrency. And if you look at the annual scale, the use of bitcoin as means of payment falling almost in unison with the course of bitcoin.

In recent months, bitcoin exchange rate fell from December highs (2017) to the November lows (2018) to 77%. At the same time, according to a detailed report by research firm Chainanalysis, transaction volumes declined from $427 million in December 2017 to $96 million (80%) by the end of the third quarter. After interviewing 17 payment processors, including BitPay and Coinpayment, the research firm noted that there is a slow but steady decline of incoming and outgoing transactions in the cryptocurrency.

Thus, despite the growing market regulation, infrastructure development and implementation of a very successful ofcan solutions, such as Lightning Network, the prospects for the adoption of bitcoin as a means of payment remain vague.